Are you looking into purchasing an air purifier and wondering what are the running costs of an Air Purifier? Fear not, we have taken a look and prepared a handy table that shows you how much it would cost to run some of the leading brands.

As a rule of thumb, Air Purifiers are reasonably cheap to run. Their power consumption generally depends on the size and power of the unit. Smaller, cheaper units such as the Levoit Core 300 uses 33 watts. This would equate to 14.7p a day and is considered on the cheaper end as far as appliances are concerned. In contrast, larger more powerful units like the Blueair 221 uses 61 watts. This equates to 27p per day. Based on this we can say an air purifier costs between 10p and 30p a day to run. These numbers were calculated using the UK average rate of 18.54p/kWh (December 2019 tariff) assuming 24 hrs/day. 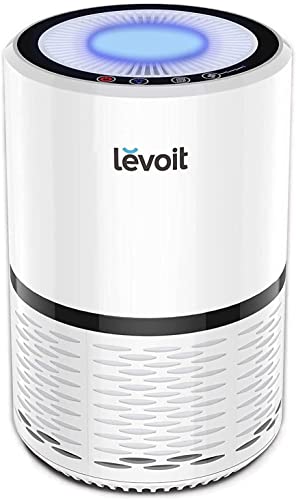 So, as we can see, air purifiers are generally quite cheap to run and rarely consume more than 100 watts. Many smaller models suitable for individual rooms and small flats consume as little as 33 watts. We have prepared a handy table below which will compare the running costs of a number of leading brands at various wattages.

What can we tell from this table? Well, there is a clear correlation between Clean Air Delivery Rate (CADR), wattage and thus running cost. We can also see that overall air purifiers are a fairly cheap appliance to run. The largest air purifiers you would likely use in a regular home still only consume 61 watts. So, what are the running costs of an air purifier? It depends on the size of the unit but it is likely to cost between 10-30p a day.

Is it Expensive to Run an Air Purifier?

As we have seen from the above table, no it is not expensive to run an air purifier. Smaller air purifiers in particular are very cheap to run when compared to other indoor climate appliances such as dehumidifiers. Larger air purifiers use more electricity but still would not be considered expensive to run. It is worth noting that we should probably look at CADR per pound per hour to really establish which is the most energy-efficient.

Do Air Purifiers Use a Lot of Electricity?

No, the majority of air purifiers use between 25 and 60 watts of electricity. Compared to other appliances such as dehumidifiers, washing machines, cookers, computers, this really isn’t much. This can be further reduced by using the program feature to limit the air purifier running time to 8 or 16 hours a day instead of 24. You will want to make sure that your air purifier is large enough relative to your dwelling before reducing its running time.

Which Air Purifier is the Most Energy-Efficient?

To decide which of the above air purifiers is the most efficient, we must look at Clean Air Delivery Rate (CADR) and running cost. This will allow us to identify which one offers the highest performance per £1 of electricity. After all, just because the Levoit H13 is the cheapest to run doesn’t mean it will be the most efficient. Let’s look at the below table for an answer:

The result of this is extremely interesting. They actually show that the “cheapest” air purifier to run the Levoit H13 is actually the least efficient at 147m3 of air delivered per 1p of electricity. The Phillips 2000i is the most efficient at 388m3 of air delivered per 1p with the Levoit Smart and Blueair 211 a close 2nd and 3rd at 310 and 309 m3 per 1p respectively. It is always important to get the full picture when evaluating energy efficiency. The model consuming the least electricity is not always the most efficient.

In a word, yes, it is. Most of the time this is what you will want to do, particularly in more polluted environments such as cities or near roads. However, this may not be necessary if, for example, you have a powerful air purifier such as the Blueair 221 in a smaller home or flat. It may not be necessary to run larger air purifiers 24 hrs a day so you can program it to run for a lesser period to save on energy costs. 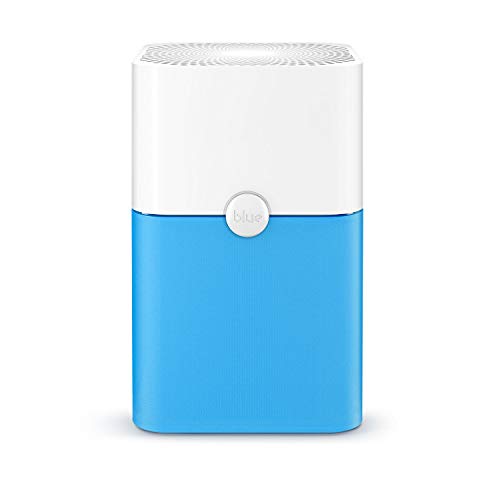 Air Purifier With Combination Filter For Rooms Up To 50 m²

How to Reduce the Cost of Running an Air Purifier

The air in your home might not be as clean as you might think. Most people are under the misconception that a clean home means clean air, but that is not the case. Cleaning surfaces and hard to reach areas in your home can help reduce bad indoor air quality slightly, but to ensure your family is breathing truly clean air, you need an air purifier. However, if you are under the misconception that an air purification system is expensive to run, think again. There are ways to reduce costs for running your air purifier.

Power Off When Not Needed

Are there times when you are not home for a significant amount of time? If you are like most people, working takes you away from the home for a good portion of the day. There is little need to run the air purifier during this time if no one is home, so simply cut the machine off. Generally, you will want your air purification system running primarily at night as they have been shown to improve sleep by enhancing breathing. If no one is home, simply do not run the machine.

Running your air purifier at top speed might seem like a good idea. It might even be necessary during seasons where allergies are common, but it is not essential to maintain the top speed of an air purifier at all times. Consider using some of the lower speeds to reduce overall energy consumption. Lower speed settings still maintain proper air purification without using too much energy. Reducing the fan speed will allow your room to remain fresh and cost effective.

Modern air purifiers are remarkably effective, but there are plenty of ways to enhance the effectiveness of your air purifier system. First, ensure it has space around the unit and is not simply placed in a corner. Also, change filters regularly and use the manufacturer’s recommended filter only.

Various air purifiers are on the market today, but finding the right one for your space takes a little time. Ensure the one you choose is made for the space. Know how many square meters the room is including ceiling height before purchasing.

This is where you need to take the advice of experts. You can check out reviews online of specific air purifier systems, but also ask those selling you an air purifier what they use in their own homes. Remember, just because it is the most expensive model, does not mean it will suit your needs.

Consider Upgrading to a Newer Model 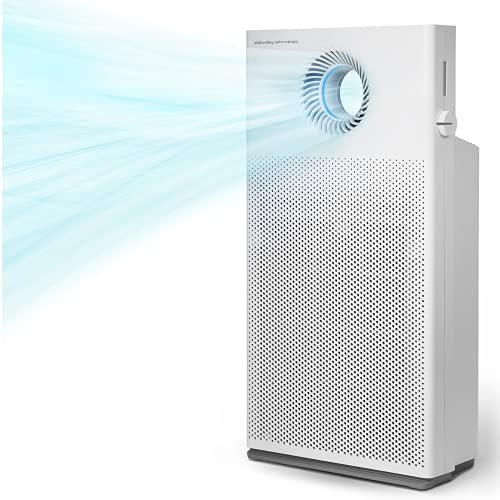 Removes 99.999 percent of harmful particles in the air, ECARF certified for allergy sufferers, for rooms up to 104 m²

Improper air flow can increase energy costs associated with an air purifier. Each system has a filtration system that allows dirty air to flow through and clean air to flow out. By changing filters regularly, you can drastically enhance the effectiveness of your system.

Air purifiers are not that expensive to run and generally, you can run your system from 10 to 30p per day. With these tips, you can further enhance the effectiveness of your unit and make sure it lasts for many years to come.

We have taken a good look at air purifier running costs in this article. We have seen that air purifiers are cheap to run and not particularly expensive in terms of electricity costs. It is also interesting that the lowest wattage air purifier isn’t always the most energy-efficient. Please note that we only covered a few best-sellers in this article and the list is not exhaustive. Also please note that all electricity costs are based on the UK average rate of 18.54p/kWh (December 2019 tariff) Please feel free to comment below or email us with any questions you may have, thanks for reading! 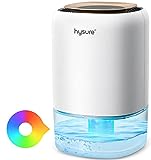 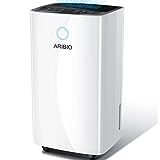 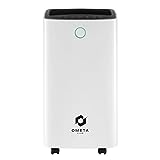 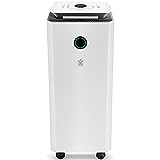 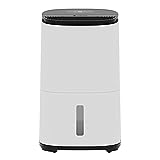 Levoit Air Purifiers for Home Bedroom with H13...
Bestseller No. 3 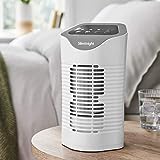 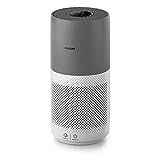